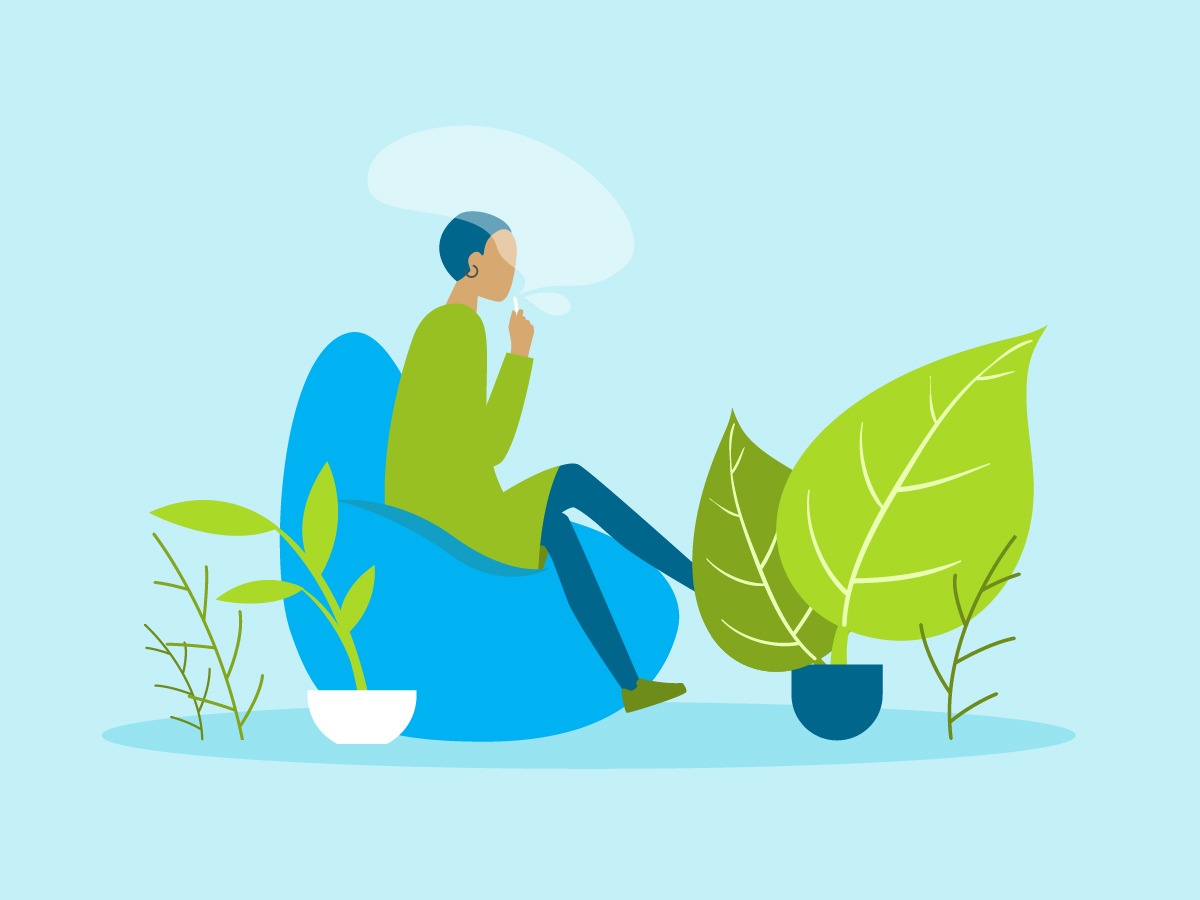 If there’s one area men do more than women, it’s in how much cannabis men consume. Statistics Canada data shows most cannabis consumers – almost twice as many – are men. This could be because of cultural reasons, where women smoking cannabis carries its own stigma.

But there are real differences between women and men when it comes to the effects of cannabis. Science offers its own answers too. Cannabis can help many women with PMS symptoms.

For many women, PMS symptoms can be anything from mildly uncomfortable to severely painful. Studies suggest one in 10 women are affected by endometriosis. Endometriosis is most common in those in their thirties and forties, and affects about 70 percent of all adolescent girls. It also resulted in a few deaths.

Endometriosis is a ‘painful period’ and ‘menstrual cramp.’ It’s the layer of tissue that normally covers the inside of the uterus, but instead tears and scars over. Some women describe it like feeling a powerful punch to the pelvis and lower abdomen.

The main symptom – and problem – is pelvic pain (and infertility). Pain during sexual intercourse is also common. Up to half of women can , experience infertility. The pain usually lasts less than three days and may include back pain, diarrhea, and nausea.

The cause is not entirely clear. There is no cure for endometriosis.

Good news ladies, THC can help reduce some of the symptoms of PMS, such as nausea, bloating and headaches. So can CBD (cannabidiol). Research published in the British Journal of Pharmacology in 2011 showed CBD can help to reduce vomiting and nausea.

Why Does Cannabis Affect Women Differently?

It’s our different sex hormones that make all the difference. The main difference in women as opposed to men is estrogen. Estrogen magnifies THC’s affects, especially days before ovulation, which is why it usually takes less cannabis to elevate a woman than a man.

Which is a very good thing for women who use cannabis infrequently since cannabis can be one of the best remedies for PMS’s pains and mood swings.

The highest levels of the body’s natural endocannabinoids happen during ovulation, which assists with fertility. However, the problems with THC happen when estrogen is rising or falling during the menstrual cycle. Estrogen levels rise and fall right during ovulation. This is when the body is already producing FAAH releases more mood-boosting and pain-relieving chemicals. Ironically, this is also why some women feel the effects of cannabis less, just before and during their period.

Normal and high levels of estrogen usually amplify the effects of THC. For men, the effects of cannabis on the endocannabinoid system doesn’t fluctuate nearly as much, making life a little more predictable for men.

Surprisingly, researchers at the Washington State University also found that men had munchies after using cannabis more than women.Other studies also show a pronounced difference that THC increases appetite in men more than it does in females.(Men like to eat a lot, who knew?)

One of the most interesting finds has to do with sexual desire itself. In smaller doses, THC increased sexual appetites in women. Researchers at the University of British Columbia found that cannabis topicals increased sexual arousal and improve overall sexual health for women more than in men. Women also reported having more positive sexual experiences after consuming cannabis more than men.

In men, high THC levels can temporarily cause lowered testosterone. Lower testosterone levels lower sex drive and has effects on male fertility. Of course, this decrease in testosterone from THC is short-lived and can men return back to normal after a short tolerance break.

Interestingly, women might even feel pain differently than men. In a 2016 study, participants who regularly used cannabis were asked to put their hands cold water after smoking cannabis. The men reported better pain relief from cannabis than women.

This was a study with regular users. How about new users? Animal studies also show females rats are more sensitive to the pain-relieving effects of THC, but only when given in low doses (think micro-dosing). The problems started to happen using higher doses of THC, where female rats needed more THC than male rats to get the same effects.

If you are frequent user, withdrawal may be a little tougher to do. In a 2015, researchers at Johns Hopkins University School of Medicine wanted to see how different cannabis withdrawal symptoms were between men and women. During withdrawal, women reported higher levels of irritability, restlessness, and digestive discomfort. In a 2010 study published in the American Journal of Drug Alcohol Abuse, women reported lack of appetite, anxiety and sleep issue withdrawal symptoms more than men. Women were also more likely to report upset stomachs as a result of withdrawal.

These study suggests women might want to consider taking a cannabis tolerance break and microdosing more often than men to get tolerance levels back down to where it doesn’t require you to take more cannabis to feel its desired effects.

Tips for Women to Keep in Mind About Cannabis

It’s important to remember these findings shouldn’t be assumed as universally true. Just like men, women come in all varieties. Everyone interprets emotions and information differently, and our hormone levels vary day to day. Women’s hormones can and do vary from person to person, especially during menstruation. In other words, take these studies as helpful rather than as official facts.

Some key takeaways to consider:

The truth about having good health is listening to your body and knowing how cannabis affects you, which is a very personal thing. You do you, and limit the amount of cannabis that is right for you. Cannabis is fun, but it’s also a medicine. Knowing and respecting your own limits is part of the experience.

There’s a lot to learn, but you’re getting closer to knowing more.

Looking to make sense of what’s going on with medical cannabis?

Call Coverleaf today and connect with a health practitioner. Our medical team will assist you in selecting a medical cannabis producer that is right for you. We can even guide you through the steps required to grow your own medical cannabis. If you have questions about medical cannabis, contact Coverleaf at info@coverleaf.ca.

Share
Medical Tax Credit: Claim the Green to Get the Green